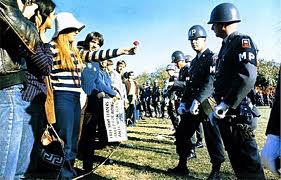 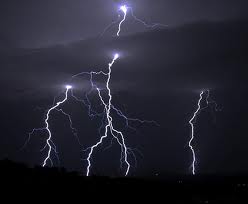 The “energies” and influence of Uranus in astrological terms is not so much that of Ouranos ( Uranus), the sky god, but far more of a Prometheus ‘flavoring’  , Prometheus being one of the “titans” (offspring of Uranus and Gaia and who gave fire to humanity)

OURANOS (or Uranus) was the primeval god (protogenos) of the sky. The Greeks imagined the sky as a solid dome of brass, decorated with stars, whose edges descended to rest upon the outermost limits of the flat earth. Ouranos was the literal sky, just as his consort Gaia was the earth.

Ouranos and Gaia fathered twelve sons and six daughters. The eldest of these–the giant Kyklopes and Hekatonkheires–he locked away inside the belly of Earth. Gaia suffered immense pain and persuaded her Titan sons to rebel. Four of these were set as sentinels at the four corners of the world, ready to grasp their father as he descended to lie upon the Earth. The fifth  (Cronos/Saturn–Ant.) took his place in the center, and armed with an adamantine sickle, castrated Ouranos while his brothers held him firm. The sky-god’s blood fell and drenched the earth, producing the avenging Erinyes and the Gigantes.

After his downfall, Ouranos prophesied the fall of the Titans and the punishment they would suffer for their crimes–a prophecy which was later fulfilled by Zeus who deposed the brothers and cast them into the Tartarean(Hades –Ant) pit.  —   www.theoi.com

In Greek mythology, Prometheus (Greek: Προμηθεύς, pronounced [promɛːtʰeús]) is a Titan, culture hero, and trickster figure who is credited with the creation of man from clay and the theft of fire for human use, an act that enabled progress and civilization. He is known for his intelligence and as a champion of humanity.[1]
The punishment of Prometheus as a consequence of the theft is a major theme of his mythology, and is a popular subject of both ancient and modern art. Zeus, king of the Olympian gods, sentenced the Titan to eternal torment for his transgression. The immortal Prometheus was bound to a rock, where each day an eagle, the emblem of Zeus, was sent to feed on his liver, which would then grow back to be eaten again the next day. In some stories, Prometheus is freed at last by the hero Heracles (Hercules). (Who was later freed by the centaur, Chiron. —Ant)
In another of his myths, Prometheus establishes the form of animal sacrifice practiced in ancient Greek religion. Evidence of a cult to Prometheus himself is not widespread. He was a focus of religious activity mainly at Athens, where he was linked to Athena and Hephaestus, other Greek deities of creative skills and technology.[2]

In the Western classical tradition, Prometheus became a figure who represented human striving, particularly the quest for scientific knowledge, and the risk of overreaching or unintended consequences. In particular, he was regarded in the Romantic era as embodying the lone genius whose efforts to improve human existence could also result in tragedy: Mary Shelley, for instance, gave The Modern Prometheus as the subtitle to her novel Frankenstein (1818).  —wikipedia

We Are The World