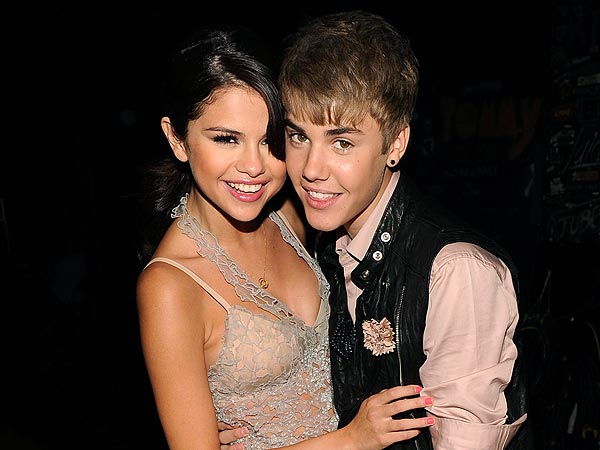 (just what do they see in each other?) 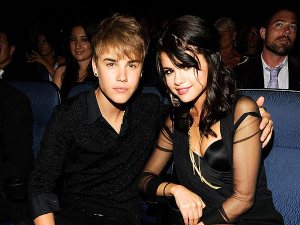 So Rumor (And TMZ) says that Justin Bieber and Selena Gomez are back together again . What is it with these two? Well Lets find out !

To start off let me explain synastry.  Synastry in Astrology is an overlay of two natal charts  that indicates the interaction of the facets of two individual’s personalities. Their egos ( sun), nurture and emotional needs (Moon),thinking and style of communications (Mercury) , Desires and wants ( venus) , passion and sexuality (Mars) , expansion and growth potentials ( Jupiter) ,  and tasks and obligations (Saturn). 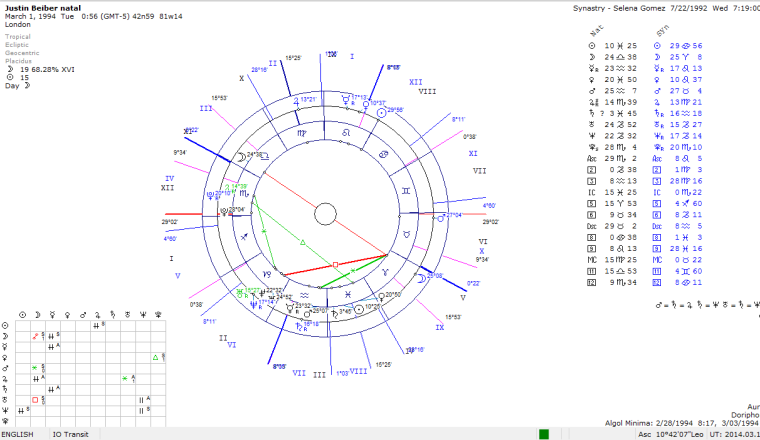 Starting with the Sun, as always, we can see that Neither Justin nor Selena have their suns in any aspect with their respective planets. At All. Relationship wise, there is not real interrelationship , for good or for bad.

Their Moons, However, Oppose one another . Selena has an Aries Moon  . Moon is our Needs. Needs to be emotionally independent. Aries Moon can quickly become bored with a relationship unless  said relationship is undergoing constant change .. It must present them new challenges and novelty.  Selena’s Aries Moon makes it very easy for her to ditch those relationships that are not giving her what she needs. Growth through conflict or contests and competitions. Must have a need for ‘wins’ , relationship wise.

Justin has a Libra Moon  . The Libra Moon endows him with a deep need to be in a relationship, good bad or otherwise. This can be troublesome for the Libra moon can bring him into relationships where he will get burned . Perhaps even lingering in a relationship that is not good for him , that go from bad to worse. The Libra moon personality will never say no to his or her romantic interests and are very often unable to let go.

So here is the dynamic of Libra moon opposing Aires moon in synastry. He wants to be with her every single waking moment of the day. she is “Gosh! quit smothering me ! I need space to breath!”  HOWEVER (comma) , He can teach her to be more ‘together’ and SHE can teach him to be a bit more independent. This moon-moon opposition will be a continuing source of stress.

A big stressor will Be Selena’s Aries Moon squaring off against Justin’s Uranus.  This brings conflict in this relationship because Justin’s erratic behavior and urge for freedom and independence . I don’t think Justin will be able to handle Selena’s more aggressive nature and this will be the cause of many a fight or argument.

Selena’s Venus in Trine with Justin’s Pluto… This is a very powerful aspect , though Justin’s Pluto will dominate Selena’s Venus . This brings a form of romantic obsession. This is a very supportive synastry aspect that enhances sexual attraction and expression and the overall sense of emotional fulfillment derived from a relationship. The tendency to be consumed by one another and by the relationship is here. There is little chance of this relationship growing routine or stale. Both parties seem to enjoy moving forward and growing through the relationship, so that each feels a sense of relief and enlightenment after a relationship challenge or argument.

This Trine will go a long way to balance out the Moon Uranus Square.

This Moon – Mars sextile is  a strong indication of sexual attraction, like all Moon-Mars aspects. Since these represent harminous aspects, there is not necessarily a conflict.

Sometimes the Moon finds Mars insensitive, but can easily get over it. The energies flow easily; often times this is a couple that is passionate and happy to be alive. They are on the move often and fiery.

It is easy for them to arouse emotions in one another; Moon can help bring sympathy and tender feelings in Mars, and Mars can help make the Moon passionate and fiery.

Her Uranus and His Jupiter in Sextile brings fun to the relationship , stimulating fun and adventure. Growth in trying new and unusual activities. . Bring much in the way of growth and great fun together .

So what do I see for Selena and Justin? I see this as a fun romp and yes, much in the way of fun and happiness, but I do NOT foresee it as a solid relationship, but more along the lines of the on and off style of affair.

One thought on “Selena an Justin , Sittin’ in a tree. Gonna take a look in #Astrology”