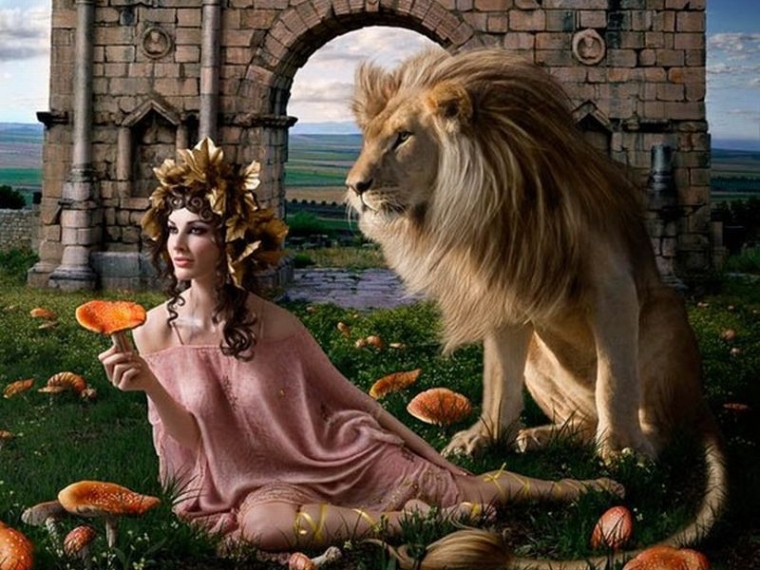 Venus in Leo ..She is a bit like this

Venus is the Goddess of Love and desire… creativity.. In  Woman’s chart, Venus  shows how she feels the most desirable and how her femininity shows the most strongly.  In A Man’s chart, Venus indicates the sort of woman he desires.  In both cases, this also indicates how they both show and receive  love.

Salma Hayek / From Dusk till Dawn

With Venus in the sign of Leo, they radiate warmth and if they’re not confident in love matters, they’ll fake it ‘til they make it. They have   a regal bearing and can be generous, affectionate and playful. Their persona is delightfully dramatic, and this can lend an air of excitement to their relationships.

In Love and Romance:

When dating, they like to be given the royal treatment, and taken to special places. They need to feel proud of the person they’re out with, as well as respect who they are. They like giving the impression that they’ve got many admirers, and often they do. They need a certain amount of attention, but it’s got to be genuine. They’ll thrive in relationships that have an epic feel, like they’re stars in a romantic “dramedy” . They are expressive in the bedroom, as long as there’s a feeling of Big Love between they, and they feel special.

They’re drawn to colorful people, and find it hard to be with those that they find dull and lifeless. They are a generous friend who likes to be the cheerleader, encouraging everyone to follow their dreams. They go out of their way to make connections for friends, if they know it’ll get them ahead in some way. They’re the one planning over-the-top birthday and holiday parties, and they especially like being around kids.

Their nature is well-suited to being a performer, but they could also shine as a dramatist or filmmaker behind the scenes. They’re gifted at creating memorable spectacles, and might even turn this into a career. They like to be visible, and an active part of the human parade, so steer clear of isolated cubicles. The world of fashion might be the right stage for their talents, with the bonus of being able to strike poses, as well.

They’re proud, a bit of a strutting peacock, with a tendency to toot their own horn. Confidence is an aphrodisiac and they have  it in abundance. They’re also genuinely fun to be with, able to be fully in the moment. They like to give spontaneously and have a naturally high-minded demeanor.

They’re drawn to striking individuals, those that stand out for good reasons. They want to be treated like royalty, and never taken for granted — ever. They’ll appreciate little thoughtful gestures, and grand ones on anniversaries and birthdays.

Michael Jackson – The Way You Make Me Feel